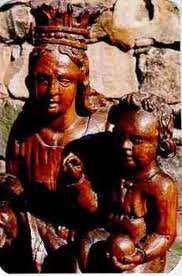 Our Lady of Holyrood, pray for us!

There are, of course, all sorts of rather troubling things to be faced in 2013. In Scotland, and elsewhere in the UK, the bandwagons of euthanasia and same sex 'marriage' will trundle on. The independence referendum campaigns will continue and doubtless increase in heat as 2014 approaches. And all this besides what will no doubt be a deteriorating economic situation.

Although Catholics in Scotland had better get used to being seen as the only bigots in the village, we also live in a time when Scotland's foremost composer, James MacMillan and Scotland's foremost philosopher, John Haldane, are both well-known here for their faithful Catholicism. Over the pond in the diaspora, Alasdair MacIntyre continues to demonstrate both his Catholicism and his position as one of the foremost thinkers of the modern age. Given the historical marginalization of Catholicism within Scotland and modern secularization, the continuing strength of orthodox Catholic intellectual and artistic life, both in the well-kent figures I've mentioned and in other artists and intellectuals throughout the nation is remarkable. Their very existence is a reminder that Catholicism is a life lived in the fullness of the good, the beautiful and the true.

So, as my New Year's present to you all, a suggestion for a thoroughly Scottish and Papist welcoming in of the New Year. Sit down, read John Haldane's interview 'Aquinas among the analytics' (extract below), listen to MacMillan's 'Tu es Petrus'


and toast the New Year in with that traditional Benedictine treat, a bottle of Buckie (preferably drunk al fresco, of course): 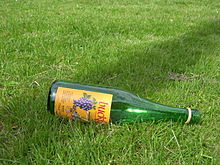 There is also a general tendency to think that human failings can be righted by introducing structures and regulations, but while these have a role they cannot of themselves produce understanding, and often they are the enemy of it. Secularists, in the modern sense, tend to depict religious believers as dumb and angry; while believers incline to the view that atheists are shallow and bullying. This kind of opposition feeds on itself and leads to deeper animosity. One way of halting the process is to engage in discussion, recognising that there may be reasonable disagreements, I mean possibly intractable differences expressing reasonable outlooks. This is not to endorse relativism but to recognize that our takes on things tend to be partial and it is very difficult to get to a comprehensive understanding. That is not impossible but it takes the full resources of philosophy, and goodness of heart and will besides. John Haldane (full interview here).