The classicist mind vs the empirical mind 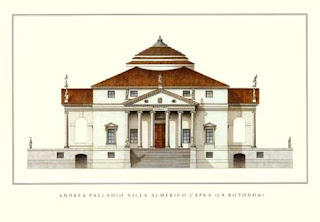 Those Catholics troubled by the relentless liberal grumbling of The Tablet should probably avoid Open House which is a Scottish magazine 'rooted in the renewal of Vatican II'. I rarely read it since taking it without payment is theft and paying for it is just encouraging it.

On the occasions when I do, it never disappoints. In the current issue, we have letters proclaiming that 'nothing is more certain' than that we will have women priests, a plug for a prayer group that 'encourages exploration, diversity, novelty and listening to the Spirit' (the current fruits of which appear largely to be grumbling about the new translation of the Mass), and finally a friendly ecumenical intervention by a member of the Church of Scotland criticizing Catholics for lacking 'the maturity to overcome gender disinheritance' (Thanks, bro!).  In fairness, there is also rather a good article by John Scott on the decline in the Scottish Church since Vatican II, which rightly talks about the way 1960s Catholics were bullied into accepting radical change. But on the whole it's really The Tablet without that organ's customary respect for Catholic Tradition and the Papacy...

Anyway, my attention was seized by an article on Cardinal Martini, which suggests that he was influenced by Lonergan's criticism of the 'classicist' understanding of culture, and support for the 'empirical' understanding. I'll put aside the question of how adequate an understanding of Lonergan the article shows and also the question of the influence on Martini, and take the article's distinction between classicist and empirical and favouring of the empirical on its own merits.

Where the classicist considers there to have been but one changeless culture of mankind, scholars today find that cultures have changed and developed over time...[As the article explains elsewhere, 'Behind this [classicist] notion of culture stands the Aristotelian notion of science as true, certain knowledge of things through their causes.'] Behind the empirical notion of culture stands the modern notion of science as a provisional knowledge based on a dynamic, open-ended method of inquiry that yields cumulative and progressive results.

This leads to an expected conclusion:

For example, the fact that the church has for many centuries refused to allow women to play a significant role in religious services means that this practice must continue indefinitely into the future. This is the way the classicist mind works. But if we hold to a modern empirical notion of culture, we would ask, Why not?...it makes possible for us to realize that change -change!- is possible and, if the church is to survive, inevitable.

Two issues here. First, there is the identification of the two poles of thinking as 'classical' and 'empirical'. Second, there is the opposition of stability and change.

Taking the issue of the terminology involved, the suggestion that the 'classical' world is somehow superseded by the modern 'empirical' world is lazy and misleading. Certainly, modern natural scientific methodology is in principle cumulative and open to revision, but then so was Aristotle's. Aristotle certainly envisages the possibility of laying out an achieved science in the form of an account of causes, but the way of achieving that knowledge is via research and investigation. To the extent that modern science is cumulative, it also envisages the possibility of settled, bankable achievements. (There are certainly differences in how that achievement is systematized, but in both cases, there is the possibility of stability achieved by a methodology that allows change in beliefs -and that's the crucial point here.)

Moreover, it simply isn't true to claim that the classical world was somehow unaware of change or was against it. Plato's Republic for example advocates massive political change as a way of achieving the good life within the good city.

The problem here is that 'classicism', to the extent that such a monolithic entity can be identified at all, is really 'rationalism': a belief in the possibility of achieving an order  that is good, beautiful and true. Once that rational order is achieved, then it has to be defended, but that isn't the same as arguing that everything that exists must be preserved: the good must be preserved, the bad purged. Really, the term 'classicism' in the context of the Catholic Church is a bit of a rhetorical trick. It suggests 'Rome' and 'Greece' and thus suggests that the really bad things we should be getting rid of are Latin (nasty Roman language) and  Scholasticism (nasty Greek philosophy). Perhaps we should. (We shouldn't.) But such an argument could be and has been itself constructed on 'classicist' grounds: a return to noble simplicity in liturgy for example; a ressourcement to the fons et origo of Thomism rather than the accretions of the manualists. There is no short cut here: you can't get rid of everything smacking of ancient Greek and Roman culture just because it is Roman and Greek culture: you have to argue for that position, on rational grounds, and that means painstaking, bit by bit, analysis.

So let's put aside the attack on 'classicism', and turn to the attack on stability. Here, as the article acknowledges. some dogmatic content has to be preserved. (We apparently can rest assured that we'll be still worshipping God for a little while longer yet. Anyway, for as long as she wants us to.) But the rest is up for grabs.

In essence, this is perfectly reasonable. There's absolutely no reason why the Church shouldn't change quite radically, providing that central stability is preserved. But the first problem here is what that central, dogmatic stability consists in: women priests, for example, have been clearly ruled out by infallible authority. Those of us who oppose them do so because we think it is part of that central stability: if that is disagreed with, it's back to painstaking reasoning to show why an apparently settled issue isn't in fact settled, rather than simply shouting for change (or even change!). Second, even in the rest of teachings and practice of the Church outwith this central stability, the acceptance of the possibility of change is very different from concluding its advisability. Here, it's not a matter of 'classicist' vs 'empirical': both, in not so different ways, accept the possibility of change and the need for reasoned engagement on whether that change should be effected. Rather it is a matter of whether we should be biased towards stability or change in areas of doubt. I'm not sure how to answer that it in general terms: I'm quite willing to experiment boldly in my reading matter; I'm extremely loath to experiment with my children's education. But in any case, the opposition is misstated by labelling it 'classicist' vs 'empirical' rather than (say) 'sceptical' vs 'enthusiastic'. The sceptic naturally waits immobile for proof; the enthusiast rushes off at every new opportunity. Neither is obviously right always, but, on the whole, I'd think that the sceptic was more rational than the enthusiast. (And if she isn't, then show it rather than assume it.)

To sum it up, this article suggests a shabby attempt to short circuit difficult discussions about change in the Church. By its terminology, it hints that Latin and Thomistic philosophy should be done away with, without providing any argument to support that position beyond rhetorical tricks. While acknowledging that some things are unchangeable in Catholicism, it pays little more than lip service to that insight, and again provides no argument as to why the default position should be change! in areas where change is possible, still less what the nature of that change should be. (The Holy Father recently changed the wording of the English Mass. But that doesn't seem to have made the Tabletistas happy.)

There really is no short cut here. If you want change, argue for it on a case by case basis.