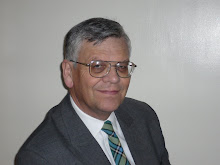 Neil Addison, a specialist in the area of law and religion, has commented on the recent decision of the Scottish Charities' regulator to withdraw the charitable status of the Catholic adoption agency, the St Margaret’s Children and Family Care Society:


The threat by the Office of the Scottish Charity Regulator (OSCR) to remove the Charitable status of the St Margarets Adoption Agency is a disgraceful abuse of regulatory power which ignores the clear provisions of the Equality Act.

Parliament passed the Equality Act including s193 and only Parliament has the right to change the act, not an unelected bureaucracy like OSCR. By its decision OSCR has in effect subverted the clear intentions of Parliament as expressed in s193 and it is to be hoped that the Scottish Government will offer financial support to St Margarets in the legal fight it is now faced with.
.
(From Protect the Pope. For the original story of the regulator's decision, see here and here.)