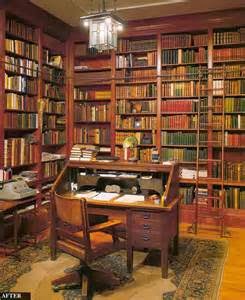 Apologies for being rather quiet recently. (Not that, I suspect, such a blessed relief is the sort of thing one needs to apologize for...) Not only a large slab of work to be got through, but a slight detachment from the blooming buzzing confusion of the internet brought on by the normal emotional flatness after too much food and booze and too much squabbling on comboxes before Christmas.

Anyway, to ease myself gradually back into the white heat of the culture war that is Catholicism contra mundum...

I was flipping through The Oxford Book of Medieval Latin Verse in the loo (as you do), when I came across this rather optimistic passage in the introduction:

I have given references in a good many cases to easily accessible English translations, especially when they are to be found in the English Hymnal or Hymns Ancient and Modern (penultimate edition), as one or other of these is to be found in most cultivated English households.

Now putting aside any nationalist quibbles about suspected hints that we beyond the Border would be content merely with back numbers of the Broons annuals in our libraries, it is unimaginable that anything similar could be written today (the first edition of the Book of Medieval Verse was 1928 but my printing is 1946). It's difficult to know where to start. A book of music? A book of Christian music? Any book that all educated people would be expected to have? Would we even expect cultivated homes to possess a copy of the Bible these days? (I'm afraid when mulling this over that the only book I suspected most 'cultivated' Scottish homes might be expected to possess these days would be Trainspotting. I'm simply going to ignore this thought as a rather troublesome nightmare.)

Without a shared (and deep) artistic culture, the world we inhabit is diminished. Our ability to pass on accumulated wisdom and solidarities to our children is also diminished. Religion of course isn't just a matter of culture: it is primarily about an openness to a real intelligence and agency that transcends the world. But human flourishing is a matter of our natural as well as our supernatural end. And access to that supernatural end is itself restricted if we live in a culture that at best ignores and even actively frustrates that supernatural end.

It's pretty clear that Pope Francis is not an obvious recruit to the sort of conservative, culture warfare that I generally espouse on this blog. That doesn't really bother me: Popes don't have to do everything; and, moreover, culture warfare needs the corrective of a constant reminder that the centre of our concerns isn't Virgil but Jesus. Moreover, the sort of popular piety that Francis clearly does strongly favour is itself a conservative cultural tradition: the sort of simple trust in established forms that leads an illiterate peasant to a traditional veneration of a shrine ought to lead the 'cultivated' to a veneration for traditional high culture (but which also ought to include veneration of that shrine).

Grace does not abolish nature but perfects it. Christianity does not abolish culture but perfects it. It is easy for conservatives to get trapped in traditional forms for their own sake and not see beyond them. But there is an equal danger in thinking that you can abolish culture and get to God without it. And that danger is particularly acute when the culture we would do without is precisely one that was shaped with reference to that supernatural end of the Beatific Vision.

I'm not sure what the Catholic equivalent of the English Hymnal would be. But in any case, I've got a copy of it, so I guess that means I'm cultivated, innit?