The difference between sleep and death 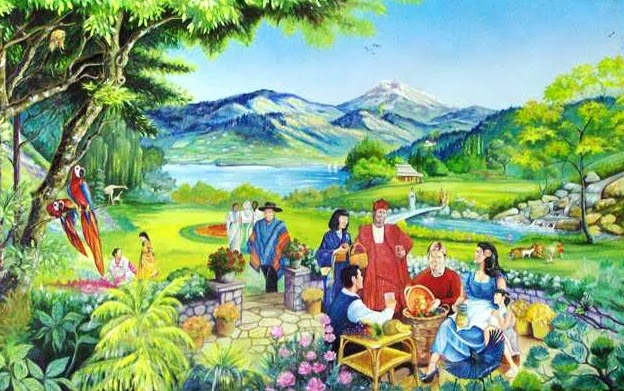 OK!! This is a slightly self-indulgent post. My interest was piqued by a really interesting question on Jess’ blog from Quiavideruntoculi (which I reproduce below). In essence, it is about the difference between the mental life experienced during sleep and that after death but before the bodily resurrection. It’s probably of limited interest to anyone other than me and QV, except in that it underlines the fact that, for a Catholic, life after death is not simply like one of those Jehovah Witness eternal picnics, but something much stranger and better.

The first part of the answer here depends on the nature of sleep. Aristotle holds sleep to be the result of a physical disablement:

Aristotle’s perspective in these essays is single-mindedly rationalistic. In On Sleep and Waking he identifies sleep and waking as diametrically opposed phenomena characterized, respectively, by the absence or presence of perception. Physiologically, Aristotle posits, sleep and waking result from the disabling and activation of the body’s primary sense-organ, which Aristotle took to be the heart. He describes how sleep is induced by the “exhalations” of ingested foods which thicken and heat the blood, rising to the brain where they are cooled before coalescing in the heart. Similar effects are ascribed to soporific agents, states of fatigue and certain illnesses. Aristotle distinguishes sleep from temporary incapacities of perception, such as fainting, and describes sleep as a form of “seizure.” [Joseph Barbera,  ‘Sleep and dreaming in Greek and Roman philosophy’, Sleep Medicine, Volume 9, Issue 8, December 2008, pages 906–910 ]

So the state of consciousness (whether dreaming or simply unconscious) during sleep is the result of a suspension of perception due to physical causes. (Our understanding of the nature of the physical causes has of course changed since Aristotle, but the principle remains the same.)

In his commentary on , q.84, a.7, Anthony Kenny summarizes the position thus:

…the thesis…is that phantasms are needed not only to take the intellect from potentiality to first actuality, but also from first actuality to second. Without the jargon, the thesis is that intellectual thought is impossible apart from a sensory context. (Aquinas on Mind, p.94).

To summarize, in sleep, the ability to think is suspended due to the suspension of our ability to perceive as a result of the disabling of the physical functioning of our body. (Dreams are the result of other physical disturbances. (See Barbera, citing De Insomniis.) As, absent our body, these could not occur, I put them aside.)

HD [ie hylemorphic dualism –the Thomist understanding of the relationship between soul and body] explicitly denies that the soul thinks after death in the same way that it does when conjoined to the body.  For our intellectual powers only operate when we are alive because of the data we get from the senses and the mental imagery this gives rise to; as Aquinas says, “the soul united to the body can understand only by turning to the phantasms” [where for the sake of simplicity a “phantasm” can be thought of, roughly, as a mental image] (Summa Theologiae I.89.1).  That is its natural mode of carrying out intellectual operations.  And for HD, sensation and imagination, unlike intellect, have a material basis.  (This is why for HD neural activity is -- as I have explained in a previous post -- a necessary condition of everyday cognitive activity despite the immateriality of the intellect, even if it is not a sufficient condition.)  Hence, while we are alive it is only body and soul together which think, and not the soul alone.

Now, after death the soul no longer has available to it its normal input from sensation and imagination.  If it is to think while disembodied, then, it must do so in a very different manner.  What this involves, for Aquinas, is “turning to simply intelligible objects” rather than to phantasms, as an angel (a wholly disembodied intelligence) would.  (Think of pure concepts divorced from sensation or imagination.)  And this entails a difference as well in the kinds of things the intellect can know after death.  As George Klubertanz says in a once widely-used manual of Scholastic philosophy:

Knowledge of singular material things will be naturally impossible for the separated soul, and likewise existential judgments about material or sensible things.  It will also be impossible to acquire knowledge of previously unknown material objects…  On the other hand, in this life the soul has no actual direct knowledge of itself, because it is the form of a body.  Once separated in death, it will be actually intelligible in itself, and so the soul will directly know itself as an actually existing singular spiritual substance… Communication between separated souls and between souls and angels should be possible, at least in so far as states of mind and will are concerned… Whatever other knowledge is necessary will be given by God, in a fashion similar to the mode of angelic knowledge.  (The Philosophy of Human Nature, pp. 317-18)

To summarize, in the absence of the body, the soul thinks in a different way.

In short, death is not like sleep. In sleep, the mind is deprived of its normal way of thinking by a disabling of the physical means of thought. (And being still embodied, it cannot avail itself of non-natural means of thought.) When it is dead, it is able to think in a non-natural way (but with the consequence that its mental life is very different from that of an embodied human being).