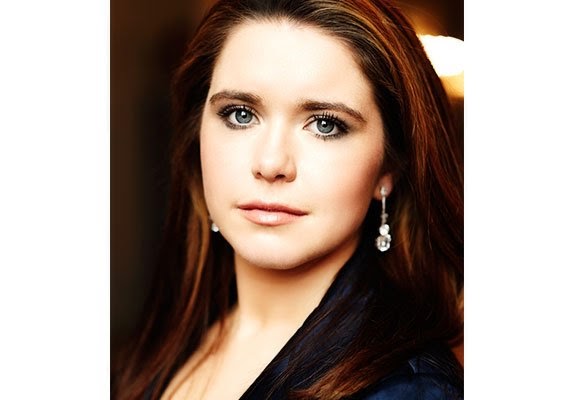 There is, of course, only one Inspector Morse plot. Morse goes to concert and sees female singer. Enchanted by her, he starts behaving like a stage door Johnny. Unfortunately, he discovers she's murdered her gardener/lover and he has to put her in the chokey. Fade out on Morse listening to said Diva on record whilst looking wistful and wondering où sont les neiges d'antan.

One of the things about live theatre and particularly opera is that it is very easy to get enchanted by a physical presence of an actor. Unlike cinema or TV -where, although one can be obsessed with a Star, far more is due to the simple arrangement of flesh, perhaps as a result of the close up- on stage, how the actor moves and speaks is often far more striking. In opera, the case is even more complicated: one is primarily struck by a voice and the voice can lead you to see the physical presence as attractive or, perhaps more exactly, the attractiveness in that presence.

As I've said before, the correct male gaze at women is one that finds that enfleshed individuality attractive. Falling in love is being enchanted by a person. That includes the flesh, but it's not reducible to the flesh. A lot is sometimes made of how men are supposedly obsessed by female appearance whilst women (fortunately for us) are less fussy. Whatever truth there is in that, most men who haven't been corrupted by pornography to see women as just lumps of moving (or even static) meat still end up falling in love with people. To put it bluntly, idiots aside, even men, provided a woman is in the normal range of appearance, end up being entranced by more than just meat.

And so on to the case of Tara Erraught. I suppose it does have to be admitted that performers need to develop a thick skin: critics in general are not noted for their sensitivity or people skills. And whatever might be said about the specifics of any review, it's not unreasonable for a critic, in principle, to comment on the stage presence and physicality of an opera performer.

There are a number of different layers here. First, Tara Erraught is really rather straightforwardly attractive even in photos. 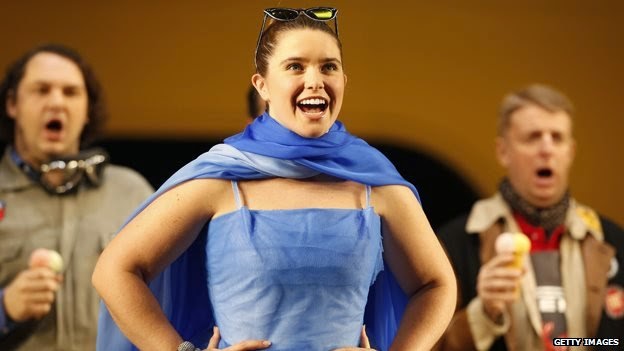 If we've reached the stage that our understanding of female attractiveness rules her out simply on the grounds she can't fit into a size 0 and isn't 6 foot + tall, so much the worse for us. Secondly, everyone seems to admit that she's a brilliant singer and actor. Even Rupert Christiansen (who seems to be at the centre of this storm) acknowledges this.

There is no doubt of the talent of this young Irish mezzo, based in Germany, who sings with vibrant assurance and proves herself a spirited comedian. But she is dumpy of stature and whether in bedroom déshabille, disguised as Mariandel or in full aristocratic fig, her costuming makes her resemble something between Heidi and Just William. Is Jones simply trying to make the best of her intractable physique or is he trying to say something about the social-sexual dynamic?

So, at the next level, is it simply that this role isn't right (physically) for her? This appears to be Christiansen's considered opinion in his defence of the original review:

So let me make myself clear: she is a very pretty girl with a delightful smile and an endearing stage presence. I would love to hear her sing Rossini’s Cenerentola or Rosina. But she cannot visually embody any conventional idea of Octavian, and I feel the production has wilfully, perhaps ironically, cast her against type.


High art is perhaps essentially Incarnational. By showing how the divine meets and illuminates the human individual, we forget that we are meat and become persons. (And take that vision outside the theatre into the world of everyday romantic encounters.) When a 'dumpy of stature' woman sings like an angel, we ought to forget the meat and see a Diva. Perhaps this is all (as I heard Kiri Te Kanawa suggest on the Today programme this morning) about a failure of the costume department to provide suitable dress. Perhaps it is about a (successful/unsuccessful) directorial vision that sees Octavian as a schoolboy uncomfortable in his own body. But let it not be about reducing singers (and humans in general) to the superficially attractive rather than vehicles of the transcendent.