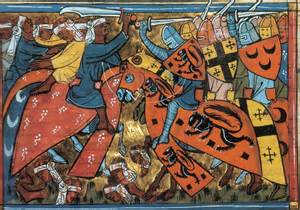 Not really the ideal solution....

I felt a twinge of conscience when, in my last post on Lee Rigby, the only tag I could find that was immediately relevant from my available stock was 'Islam'. Clearly, when a young soldier is murdered by two men one of whom then proceeds to talk about Islam, then 'Islam' might well be one of the appropriate tags for the post. But I should have liked to add 'terrorism' or 'male violence' or almost anything beyond the bald, 'Islam'. Why? Because I don't think that label sums up the killing, and I don't think the killing sums up Islam. (I've now sprouted a 'terrorism' label to put this right.)

The press and internet are full of opinions and conclusions and nostrums. Some of the more belligerent are going on about the essentially violent nature of Islam and the need to do something about the threat within now. Immediately.

That's fine, but apart from anything else it lacks a certain realism. According to Wikipedia, 4.8% of the UK population are Muslim. (It's worth noting that, in 2001 -the breakdown in the article- compared to the (then) 3% living in England and Wales, only 0.84% were living in Scotland: whatever the issues are with Islam in the UK, Scotland and England are not in the same position.) If there were an essential threat from Muslims, what are you going to do with these Britons? They're not going to go away. They're not -except in the fantasies of the National Secular Society- going to stop being Muslims. If there were a sure fire recipe for changing people's religious views, I'd quite like the Catholic Church to start producing and using it now: in any case, it's clear that it's not as simple as government deciding to pump a few more pounds into community 'education'.

Given these facts, it's not a great idea to start telling Muslims that they are irredeemably outside the civilization of the West (because their religion and culture are rubbish or whatever). National identities are to a large extent matters of imagination and myth put to the service of a real social good: a cohesive and peaceful society. If we can't imagine a society where Muslims and others live together peacefully, then we will almost certainly get what we imagine.

My own solution? I don't have one. I don't think there is one solution but a constant series of struggles, all carried on against the background of love for the image of God that is in fellow human beings whilst respecting the truth that (eg) Islam and Catholicism are not the same religion.  For Catholics, it's good to remember the Vatican II document, Nostra Aetate:

The Church, therefore, exhorts her sons, that through dialogue and collaboration with the followers of other religions, carried out with prudence and love and in witness to the Christian faith and life, they recognize, preserve and promote the good things, spiritual and moral, as well as the socio-cultural values found among these men.

The Church regards with esteem also the Moslems. They adore the one God, living and subsisting in Himself; merciful and all- powerful, the Creator of heaven and earth,(5) who has spoken to men; they take pains to submit wholeheartedly to even His inscrutable decrees, just as Abraham, with whom the faith of Islam takes pleasure in linking itself, submitted to God. Though they do not acknowledge Jesus as God, they revere Him as a prophet. They also honor Mary, His virgin Mother; at times they even call on her with devotion. In addition, they await the day of judgment when God will render their deserts to all those who have been raised up from the dead. Finally, they value the moral life and worship God especially through prayer, almsgiving and fasting.

Since in the course of centuries not a few quarrels and hostilities have arisen between Christians and Moslems, this sacred synod urges all to forget the past and to work sincerely for mutual understanding and to preserve as well as to promote together for the benefit of all mankind social justice and moral welfare, as well as peace and freedom.

Or as the Blessed John Paul II said:

As we make our way through life towards our heavenly destiny, Christians feel the company of Mary, the Mother of Jesus; and Islam too pays tribute to Mary and hails her as "chosen above the women of the world" (Quran, III:42). The Virgin of Nazareth, the Lady of Saydnâya, has taught us that God protects the humble and "scatters the proud in the imagination of their hearts" (Lk 1:51). May the hearts of Christians and Muslims turn to one another with feelings of brotherhood and friendship, so that the Almighty may bless us with the peace which heaven alone can give. To the One, Merciful God be praise and glory for ever. Amen.

In general, I see nothing that prevents Muslims and others living together peacefully in the UK. That doesn't mean that there aren't some Muslims who are going to behave as terrorists, and then the solution is simply that of police and military measures for self-defence: if there is anything that needs to be done at this level, then I agree with Dan Hannan that the last thing we should be doing is rushing into hasty decisions and bad lawmaking.

Those of us who lived through IRA terrorism -particularly those in Northern Ireland- will remember that Irish Catholics were often regarded with suspicion at the time. Even after the end of that period, I was told (upon my conversion to Catholicism) by a Protestant that they (ie me) had a 'different attitude to the law'. (And of course he was right: Catholic loyalty to the positive law is dependent on that law's fidelity to divine law. To that extent, we are indeed profoundly unreliable as citizens.) One of the problems with the integration of Muslims into UK society is a growing hostility to any religious expression in the public sphere. The Anglican blogger Archbishop Cranmer seems to suggest the re-imposition of some sort of  'act of conformity':

And that 'neutrality' has brought us to where we are. We are so obsessed with not offending minorities that we not only tolerate but advocate their alien cultural beliefs and practices. And if we do not, we are 'racist' and 'bigoted'. Mindful of minority ethnic voting communities, politicians have trodden very carefully along the via media between religious liberty and cultural prohibition. There has been no demand for assimilation. That is what must now change.

Sounds fine, but it's worth remembering that such an 'act of conformity' would not be that of Tudor Christianity, but of a modern secularism especially hostile to traditional morality. If the solution is going to be the test of a sort of normal  'Britishness' (a test so described will doubtless go down particularly well in Scotland), I expect serious Catholics as much as serious Muslims (or indeed Protestants) to fail it: none of us will find our 'alien cultural beliefs' easy to accommodate in a society whose main cultural expressions might appear to be falling down drunk on Friday nights and trying to think up ways of stimulating jaded sexual appetites amongst ten year olds.

On a final anecdotal level, have a look at this video from CBN (December 2011) on the co-operation between Muslims and Catholics on the opposition to same sex 'marriage'. It features Bashir Maan who, after a long and distinguished career in public service in Scotland, was forced to resign  as President of the Scottish Council for Voluntary Organisations in 2006 after deploring the teaching of gay sex education in schools. Given the behaviour of the senior Catholic member of the campaign, Muslims might be forgiven for finding an irony on being lectured on the need to preserve 'our' values.