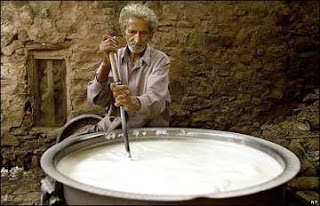 In which your blogger throws various ingredients into a pot, and stirs to no good purpose....

There was a letter from Gary McLelland (omnipresent Scottish secularist) in The Scotsman on Wednesday suggesting that we need a debate about Islam:


For once, I agree with Richard Lucas (Letters, 27 May) – whether the brutal murder of Lee Rigby was the result of a few radicalised fanatics, or, as a result of the 7th century barbarism promoted in the Koran is debatable. One thing is sure, however, the British people are overdue a serious debate about how to treat this ideology.

Islam has been allowed to develop an air of unquestioning respect. Many commentators have suggested that the UK government is trying to ramp up “them and us” rhetoric. There genuinely is a “them” and “us”, though I would not define it in racial or religious terms; we are now engaged in a war of ideas.(Full letter.)

The letter Gary refers to from Richard Lucas contains the following description of such a debate:


Those claiming that the Koran, Hadith and biographies of the Prophet Muhammad justify atrocities such as the Woolwich murder should be able to put their case publicly to more moderate Muslims who can, in turn, explain how they interpret the relevant passages and events differently.

Also, non-Muslims should feel free to challenge both sides of the debate by citing sections from the foundational documents of Islam.

Equally importantly, the veracity of Muhammad’s prophethood should be the subject of vigorous debate. (Full letter.)

I love this idea of a debate about Islam. I'm not sure whether it should take place in one big hall (probably Edinburgh as it's the capital) or would it be better to have lots of little meetings round the country and then 'snowball' the results until we get to a final national level decision.  It might be a little tricky to assess the result -although clearly as a democracy we're talking about a majority decision- and it might be even trickier to get Muslims to accept it (although of course we might hope that just being talked about would cow them sufficiently to encourage them to accept whatever result the majority came up with). Oh yes, and what precisely was the question....?

In fairness to the letter writers, I suspect that what they're really asking for is the ability to freely criticize Islam in the media without censorship. Certainly, in recent days, it's been quite evident that a number of websites for example have been carefully moderating comments to remove inflammatory anti-Islamic remarks. Personally, I think that's a good thing. I've spoken to a few Muslim colleagues recently who are terrified of a backlash against them, with some of them (in England) having experienced family members having to pick their way through streets full of English Defence League members. I'm not sure that now is the time for anything other than calming words: deeper public critiques, if needed, can wait for a while until emotions have calmed.

But let's assume that this calm has arrived. What sort of 'debate' should follow? Should it be the sort of ill-tempered mutual baiting that I frequently indulge in with Dawkinsians in the Catholic Herald comboxes? Or should it be the sort of TV programme where a secularized presenter explains where Islam went wrong? Given the vastly greater numbers of non-Muslims than Muslims, should the non-Muslim community be handicapped in some way to ensure fairness? And should it be a requirement that anyone entering the debate has even the slightest clue what they're talking about?

Calls for a 'debate' on Islam suffer from a similar problem to Gerry Hassan's call for a 'culture of self-determination' in Scottish politics: both sound like a good idea (thought? reflection? who can object?) but both model that debate on essentially party political practices: clear sides to an argument; clear processes of decision; clear questions; clear process of implementation; clear time limit. There is of course a 'debate' about Islam. It started in 632 AD (if not before) with the death of Muhammad, and has been going ever since. Such a 'debate' doesn't fit into the party political model (nor does it really fit into the 'war' metaphor that Gary uses either) although both set piece debates (and indeed real wars) do form parts, albeit relatively minor ones, of that continuing encounter.

There are a number of different ways of putting this point. A slightly simplistic one is to talk about the limits of an Enlightenment model of rationality. (Personally, I'm not sure that this 'Enlightenment' model of rationality is anything like as clearcut as might be supposed, but still...) Another way is to talk about how Aristotle locates politics and the exercise of practical wisdom against a background of sophia, the virtue of contemplating divine things. In short, not all problems of how to act and live can be solved or reflected on in practices modelled on (essentially) the court room or Parliament. In particular, the central mysteries of life dealt with in religion and the deepest philosophies are especially resistant to this sort of treatment. One of the crassnesses of modern life is that we have forgotten the existence of deeper questions and issues, and instead reduce them to the state of 'bairnly things' to be settled in businesslike ways:

They s'ud be like the tails we tint
On leavin' the monkey stage;
A' maist folk fash aboot's alike
Primaeval to oor age.

We're grown-up folk that haena yet
Put bairnly things aside
-A' that's material and moral-
And oor new state descried.