Lay Catholics in Scotland and knowing nothing 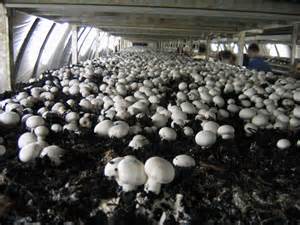 I've been thinking a great deal recently about this business of gossip. Archbishop Nichols ruminated on it in response to Pope Francis' own thoughts (basically, gossip bad).

Although the Archbishop of Westminster got a lot of flak from Catholic bloggers on this, I think he has a point. It's easy to get into the habit of whingeing about things and it's not really something I set out to do when starting this blog.

will be leaving Scotland for several months for the purpose of spiritual renewal, prayer, and penance.

Now that leaves us (ie laity with no special sources of information) not knowing:

a) Precisely what he has done and, in particular, whether this is simply a case of someone just making some passes at consenting adults, or a long standing pattern of abuse of those (young adults and priests) in his care.

b) Whether he's simply popping off for a couple of months, and then coming back to live openly in Scotland or whether there is some further action to be taken.

Does that matter? At one level, I don't need to know any more in order to be a practising Catholic.  I don't expect priests (or bishops) to be perfect and that means that an extreme few are always going home from Mass to be beaten by their Brazilian male maid, whilst listening to CDs of Judy Garland. It would be naive to assume otherwise. So we just nod sadly, utter a few prayers, and go on without taking a gossipy interest in further details.

But into the space of information steps the media. STV had an interview with Stephen McGinty and Catherine Deveney in which the latter -who broke the story- basically said that the information given and action taken were an insufficient response to the allegations of abuse of power over priests and seminarians and there wasn't much sign of further action being taken. (Video available here for 5 days.)

No doubt naively, when this crisis broke, I had hoped that it might re-energise the church and ultimately lead to a time of renewal. But unless Rome sees the need for a radical departure in choosing O’Brien’s successor in Edinburgh, there are growing signs that a defensive clerical establishment will seek to ride out the crisis with minimum change.

but then going on to somehow blame it all on the SNP and advertise his forthcoming book. (I believe it's called, How Alex Salmond stole Christmas and is responsible for Climate Change.)

Moreover, in the combox of the SSPX-ish Catholic Truth Scotland, much sharing of detail on some of the other 'issues' around the O'Brien affair.

So, here's the question: is my desire to find out a bit more about the events and to achieve some certainty both on what happened and what will happen anything more than a vicious delight in human failure and sexual mishaps, or is it the perfectly reasonable desire of someone who needs to come to a judgment on these issues and wants to be fully informed before doing so?

Frankly, I'm still not sure. But I suspect that it's not unreasonable to want to get a sense of the state of the Church in Scotland. Is it simply just a bit complacent and unimaginative, but otherwise, apart from the occasional transgressor, going about its business in a reasonably competent way? Or is it actually dominated by a range of homosexual cliques, drunks and the feeble minded?

If I had to guess now, I'd probably go for the former. But apart from the gossip on blogs, my biggest reason for thinking there is rather more to all this than one errant Cardinal is John Haldane's article for The Tablet on 2 March 2013 (behind paywall):

How, today, in scandal-scarred Scotland, might it pursue that vocation? By four measures: first, abandon the vanity of the current dioceses which were intended to recover the form of the medieval, pre-Reformation Church, and settle for two or at most four apostolic territories. Secondly, engage directly with the clergy, proposing a clear option: remain in holy orders subject to signing a private but strict renewed solemn vow of celibacy; or failing willingness to do that, be restored to the lay state (the debate about married clergy is not over, but one for another time). Thirdly, appoint two new bishops from the small but large enough body of serious and committed priests who are neither liberal malcontents nor liturgical fetishists; and fourthly, appoint a body of lay advisers, four to six at most, to assist in this radical transformation.

Now, I trust Professor Haldane. I don't think he's always been right in his suggestions but he is orthodox and sensible in a way that some of the other commentators in this area are not. Moreover, unlike those who simply assert their insider knowledge, as a Papal Consultor, he's likely to have a true sense of the reality of the broader Scottish Church. So if he proposes some quite drastic and far reaching action in the Church, my worry is that it's needed, whatever the merits of his precise suggestions.

My interim conclusion? I think it reasonable for a lay Catholic to want to know precisely what's happened in the Cardinal O'Brien case. We don't need salacious details. We do need simple acknowledgments of facts and some sense of the implications for the wider Church. Justice needs to be done publicly both to the Cardinal and his accusers. Stephen McGinty in his STV interview pretty much asserted that he expected nothing more would be done. If that happens, I guess we'll have to live with it. But it'd be a pity and a lost opportunity for the Church.