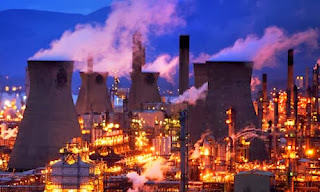 Although the Catholic Church is sometimes accused of obsessing about sex, its public ruminations in this area are really more often part of its general teaching on the nature of society than directly about what goes on behind the bedroom door. So opposition to abortion is based on the inadvisability of murder, opposition to same sex 'marriage' based on its view of the family 'as the first natural society, with derived rights that are proper to it, and place[d]... at the centre of social life'. (Compendium of the Social Doctrine of the Church (CSDC) s. 211.) Of course, when it goes on about less titillating aspects of social teaching such as business ethics, no one's interested.

With the kerfuffle at Grangemouth and today's strike of the UCU, it's worth thinking rather more closely about Catholic social teaching. Being rather a child of Thatcher's Britain, I admit to screening out myself quite a lot of pronouncements in this area with a vague feeling that it's all the sort of naive Hampstead liberalism that you'd expect from well-intentioned people without much experience of the realities of a capitalist economy. In particular, there are fundamental reasons for thinking that Christianity might be hard wired to get capitalism wrong: its tendency to undervalue material goods; its emphasis on co-operation rather than competition; its insistence that we examine our motives and intentions rather than focusing on profit, and trusting to an 'invisible hand' to sort out the good consequences of such a focus.

Part of the problem here is that making a proper judgment in any specific circumstance is incredibly difficult. Essentially, when it comes to balancing the various considerations involved in a specific economic or commercial decision, you are engaged in an exercise of prudentia -practical wisdom- and, particularly in the absence of detailed information or technical expertise, any public pronouncements are liable either to be vague expressions of goodwill ('mind how you go') or displays of naivety in the face of the realities of commerce in a global economy.

And yet... Here, as in so much else, Catholicism has something genuinely different from the vagueries of other Christianities which tend to lurch from that Hampstead liberal de haut en bas sympathy for the worker, or an assumption that God is simply a tea party Republican. (Or Keith Joseph redivivus.) Perhaps its two main advantages are its systematicity (it places economic activity within an overall view of human flourishing) and balance (it tries to do justice to the competing aspects at play). Moreover, its very catholicity (ie universality) adds a reality lacking in some other places: its a teaching that has to be received in the shantytowns of Latin America as well as among the well heeled alumni of elite Catholic schools such as Ampleforth.

Anyway, go to the Compendium, thou sluggard, if you want more. You could kick off with the summary at s. 160:

Or to the general reflections on the nature of work (s.272):

Even if one cannot ignore the objective component of work with regard to its quality, this component must nonetheless be subordinated to the self-realization of the person, and therefore to the subjective dimension, thanks to which it is possible to affirm that work is for man and not man for work. “It is always man who is the purpose of work, whatever work it is that is done by man — even if the common scale of values rates it as the merest ‘service', as the most monotonous, even the most alienating work”.

The Magisterium recognizes the fundamental role played by labour unions, whose existence is connected with the right to form associations or unions to defend the vital interests of workers employed in the various professions. Unions “grew up from the struggle of the workers — workers in general but especially the industrial workers — to protect their just rights vis-à-vis the entrepreneurs and the owners of the means of production”. Such organizations, while pursuing their specific purpose with regard to the common good, are a positive influence for social order and solidarity, and are therefore an indispensable element of social life.

A truly competitive market is an effective instrument for attaining important objectives of justice: moderating the excessive profits of individual businesses, responding to consumers' demands, bringing about a more efficient use and conservation of resources, rewarding entrepreneurship and innovation, making information available so that it is really possible to compare and purchase products in an atmosphere of healthy competition.

Will this sort everything out? Absolutely not: the tensions between globalization, the need for profit and broader conceptions of the good life won't disappear. Moreover, the Compendium itself suffers from a tendency towards continental word splurge which betrays much of its origins in the teachings of John Paul II. (If it gets a bit too much, comic relief -and some sense of perspective- can be gained by playing with the Pope John Paul II speech generator.)

That said, I'd quite like to be governed by people who had soaked themselves in it. Any chance, you think?