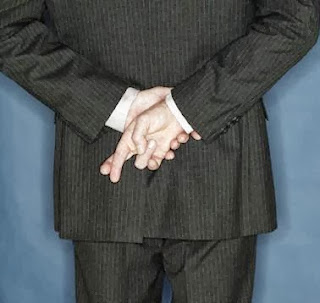 As part of what sometimes seems to be a tsunami of secularist (ie atheist) nonsense (get rid of assemblies; discourage religious observance in schools etc), we now apparently have pressure to get rid of religious oaths in favour of a secular pledge.

Under Mr Abrahams’ proposal,  the holy books would be removed and the oath would read: ‘I promise very sincerely to tell the truth, the whole truth and nothing but the truth and I understand that if I fail to do so I will be committing an offence for which I will be punished and may be sent to prison. [Mail on Sunday]

In Catholic terms, an oath is simply 'an invocation to God to witness the truth of a statement' (Catholic Encyclopedia). Now, a sensible thought on the subject of oaths and testimony in law courts is that it is in the interest of the state to get the witness to make the greatest commitment possible to uttering the truth. (The technical term for this, I believe, is commitment 'to the max'.) For Christians of most denominations (and many other theists) that means asking God to witness the truth of a testimony. I suspect that, for many others who do not exactly sign up to formal religion, asking God to witness the truth of a statement also adds something to the seriousness of the commitment. The neo-pagan druid, Arthur Pendragon, took his oath on (former film prop) Excalibur. Many Mafiosi, judging from several episodes of The Sopranos, would hesitate to break an oath on their mother's grave.

All this would suggest that we should leave things as they are: those who believe in God will swear by God. Those who don't will make some affirmation. But, in an article on the National Secular Society blog in 2012, the Scottish Advocate, Sean Templeton, made the following point (H/T: Law and Religion UK):

The problem with affirmation is that it sets a witness out and it instantly draws a great deal of attention to the fact that the person will not swear to God. It is a statement relating to a person's personality and belief that no other witness is required to make, unless it is a facet of the particular case. It is impossible to be certain that such an aspect of the witnesses' personality will not affect the views of some jurors as to the quality of their evidence. Those holding extremely strong (potentially bigoted) religious views may dismiss everything the witness says in light of their affirmation. Even if the juror is not that strongly affected, but still affected to a degree, then there is potential for an unfair verdict that need not exist in a modern legal system.

I suppose that someone holding 'bigoted' religious views might immediately distrust anything affirmed rather than sworn. Equally, someone of 'bigoted' atheist views might, like Dawkins,  dismiss Catholics as inherently untrustworthy child abusers: there are, indeed, many odd people in this world. But beyond these bigoted reactions, there does lie a truth that an atheist does not possess one motivation for truth telling that a theist does: fear and shame of lying in front of God. John Locke, that key figure of the Enlightenment, went as far as to exclude atheists from religious toleration on the ground of their consequent untrustworthiness:

Lastly, those are not at all to be tolerated who deny the being of a God. Promises, covenants, and oaths, which are the bonds of human society, can have no hold upon an atheist. The taking away of God, though but even in thought, dissolves all; besides also, those that by their atheism undermine and destroy all religion, can have no pretence of religion whereupon to challenge the privilege of a toleration. [A Letter Concerning Toleration]

I wouldn't follow Locke in this, tempting though it is. I see no reason why an atheist can't promise. But certainly, he can't swear an oath ('an invocation to God...'). That's a pity and may provoke all sorts of thoughts among jurors and others about atheists, their characters and their attachment to morality with or without an oath. But the existence of such speculations are not sufficient to remove the state's interest in pursuing a public commitment of truth 'to the max'.

Email ThisBlogThis!Share to TwitterShare to FacebookShare to Pinterest
Labels: atheism