Happy second blogoversary to me! 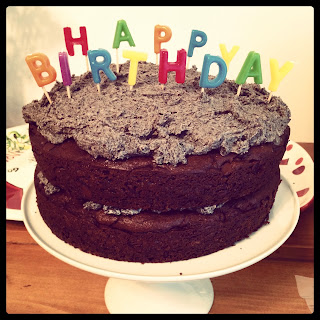 Quite a lot happened last year, didn't it? I didn't expect Pope Benedict's resignation; I didn't expect the election of a Pope who would have caused so much of a stir in the Church. I didn't expect Cardinal O'Brien to depart having (sort of) confessed to some sort of long standing homosexual activity...

Oddly enough, I feel relatively unfazed by all this. Perhaps that's because I'm rather thick skinned: having been brought up by a mother who insisted that we should always imagine the worst as this would stop us getting disappointed, as a consequence, every year that we're not visited by Martians armed with death rays and a desire to turn humanity into slaves in the dilithium crystal mines counts as a pretty good one as far as I'm concerned. Moreover, as an adult convert, I entered the Church with my eyes completely open about the evils that Catholics can do: if you think the charism of infallibility rules out a considerable measure of dysfunctionality in the Church, think again.

And how stands Scotia? We'll doubtless get same sex 'marriage' this year and, although the sky won't fall in, another major obstacle will have been placed in the way of people leading a flourishing life. And we'll have the referendum on Independence which might result in an independent Scotland (in which case we'll be struggling over whether we produce some sort of nutty banana republic dominated by fantasies of being progressive and modern; or a modest small nation state which embodies the virtues of subsidiarity and the local) or in the status quo (in which case it may well be a question of whether the unionist parties have enough sense to put into effect 'devolution max' and achieve a constitutional settlement that really might work in the long term; or whether Westminster triumphalism will simply stoke up Scottish resentment and merely postpone a future crisis)...

Abortion, pictures and virtue ethics
4 May 2012

Living together before marriage
29 May 2012

Let's have a Te Deum (Haydn) to celebrate:

We praise thee, O God :
we acknowledge thee to be the Lord.
All the earth doth worship thee :
the Father everlasting.
To thee all Angels cry aloud :
the Heavens, and all the Powers therein.
To thee Cherubim and Seraphim :
continually do cry,
Holy, Holy, Holy :
Lord God of Sabaoth;
Heaven and earth are full of the Majesty :
of thy glory.
The glorious company of the Apostles : praise thee.
The goodly fellowship of the Prophets : praise thee.
The noble army of Martyrs : praise thee.
The holy Church throughout all the world :
doth acknowledge thee;
The Father : of an infinite Majesty;
Thine honourable, true : and only Son;
Also the Holy Ghost : the Comforter.
Thou art the King of Glory : O Christ.
Thou art the everlasting Son : of the Father.
When thou tookest upon thee to deliver man :
thou didst not abhor the Virgin's womb.
When thou hadst overcome the sharpness of death :
thou didst open the Kingdom of Heaven to all believers.
Thou sittest at the right hand of God : in the glory of the Father.
We believe that thou shalt come : to be our Judge.
We therefore pray thee, help thy servants :
whom thou hast redeemed with thy precious blood.
Make them to be numbered with thy Saints : in glory everlasting.

Email ThisBlogThis!Share to TwitterShare to FacebookShare to Pinterest
Labels: blogoversaries